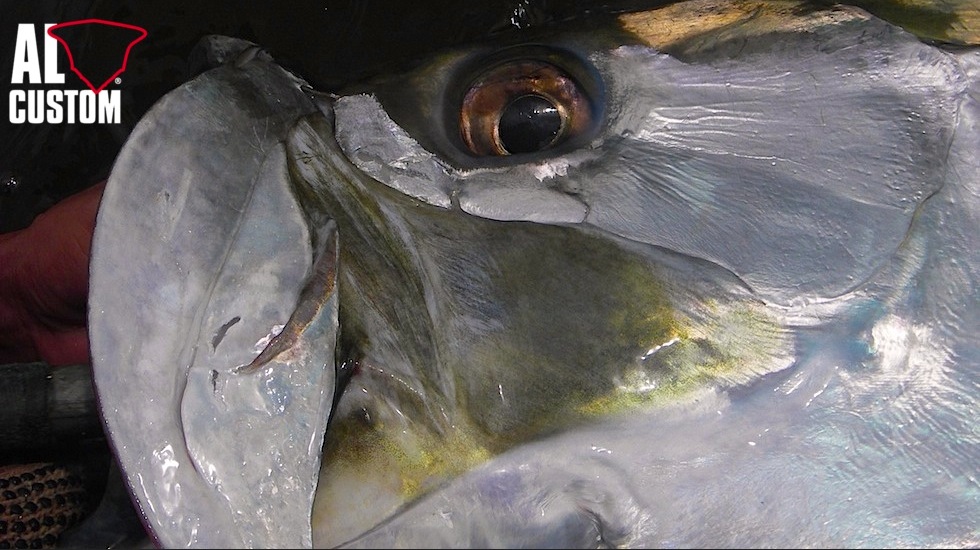 Despite being a marine fish, the tarpon can tolerate remarkable variations in salinity allowing it to live in rivers and lakes so far from the sea. Tarpon can also tolerate oxygen-poor environments through the use of the swim bladder, which in this species is modified and allows the fish to inhale atmospheric oxygen. The swim bladder fact contains alveolar tissue (vestiges of a primitive lung tissue) and has a duct which communicates directly with the esophagus, allows the tarpon to fill air (and oxygen) directly from the surface.
Some studies have shown that tarpon must have access to atmospheric oxygen in order to survive, especially in the young stages, where they are “air-breathers” obliged, using the well known by anglers movement of the rolling.