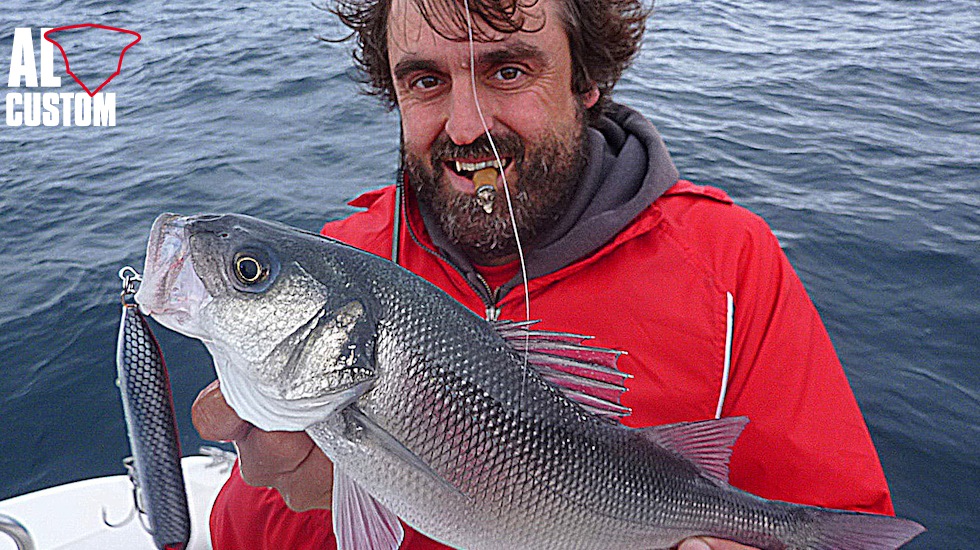 Spinning sea bass from the boat has never been a successful technique in Italy, as much as it is in France, especially in Brittany where you can easily say it comes from!
So many fish, impressive tides have created extremely favorable conditions to chase this moronidae.
Of course, at the beginning, spinning was exclusively monopolized by the use of special transparent plastic spheres filled with water, known as “boule d ‘eau”, armed with a long leader and a small plastic eel, the Raglou for excellence.
At the end of the 80s, Ange Porteux, a Breton fisherman, turned upside down sea bass fishing, creating one of the first stick bait (a kind of surface lure) specifically for sea bass fishing from the boat: the Big-Big.
Initially the lure was equipped with two propellers, one on the front and the other on the tail, with the purpose of making a long trail of bubbles and vibrations; then other types were created, but the trend was already launched.
As time went by the Big-Big were able to catch, not only in Breton waters where they are well re-known, thousands of sea bass.