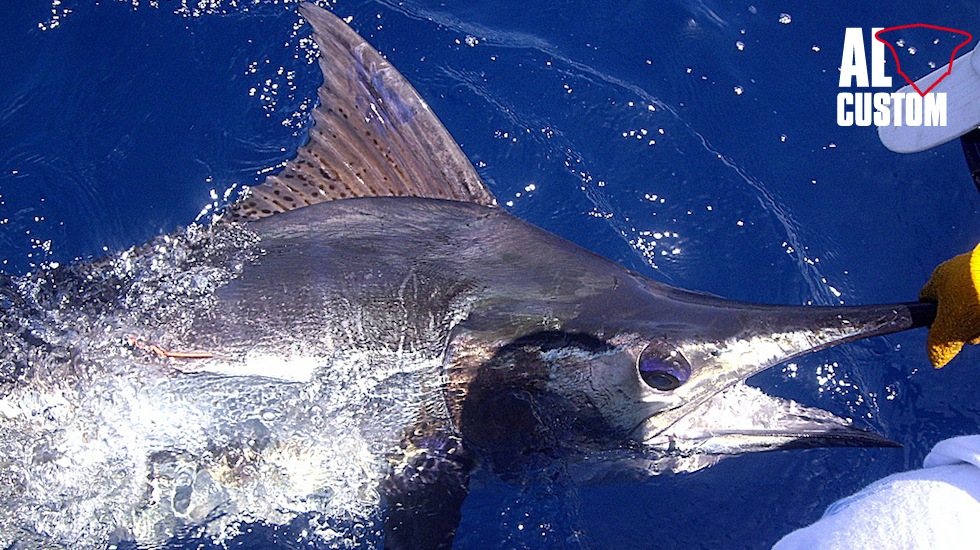 Marlin alongside, ready to be tagged

How many miles can a billfish like a marlin cover?
Surely it’s a question that at least once you’ll ask yourself.
Well thanks to the I.G.F.A. (International Game Fishing Association) tagging program, also called IGMR (IGFA Great Marlin Race) started a few years ago, it now begins to be outlined a map of the average distance traveled by these billfish.
The program uses PATs (Pop up Archivial Tags) which are placed on the marlin and which record a series of relevant data, including miles traveled and maximum depth reached.
When the fish emerges to the surface, the tag transmits all data to the Argos satellite, which sends them to the detection headquarters.
At the moment the longest distance registered is that of a Blue Marlin caught and tagged off the coast of San Juan in Puerto Rico on September 7th 2011, of which its PAT was released on January 5th 2012 after about 4,776 nautical miles.
The IGMR program plans to tag around fifty “billfish” all over the world in order to achieve scientific data on their migrations and habits.
What a long way they go, these large billfish…